Over 3 months since a post…where have I been? I actually do have a lot of news, but I am not sure that I will get to all of it today. However, I will try to hit a few highlights. I also have a fall table and a few deep thoughts.

On the first day of fall, Sept. 22, I went to Dollar General to look through the fall décor. Yes, I have lots of fall décor, but Dollar General is a nice, inexpensive place to go when you just feel like something different that you don’t really need. I headed to the aisle where the fall things are, and the first thing I saw was a clerk stocking the Christmas items. I wasn’t so much angry as sad. Yes, I understand why merchants feel the need to do it, but that doesn’t make me any happier about it.

I did up finding a fall table runner that I like a lot, although I did not use it in today’s tablescape. Perhaps I will show you another time. I purchased the runner as well as candy corn and mallow pumpkins, two of my essentials for this time of year. 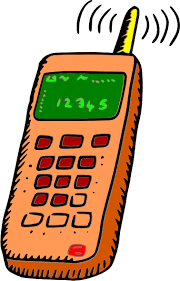 While standing in line at the checkout, my mother called. She had just gotten a call that her brother had fallen and suffered a brain injury. His chances of survival were slim. 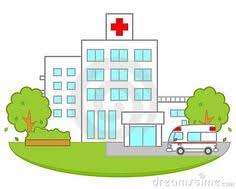 I got home with my purchases as quickly as possible and headed over to my parents’ house. As soon as they were ready, we left heading to the town a little over an hour away where he was in the hospital. When we got there, we found out that he had fallen during the night and hit his head. Although he was lucid long enough for my aunt to help him back to bed and bandage his wounds, he became unresponsive and she called the ambulance. 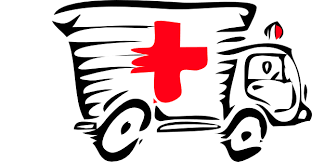 Tests run at the hospital showed what the doctor, a family of friend of theirs, called a “brain bleed.” He was very matter of fact with my aunt. He told her that he could have my uncle airlifted to the closest city with a good trauma center. However, with his age (84) and level of health problems (heart, among many others), he did not recommend it. IF he survived  the transport and IF he survived brain surgery, he could end up a vegetable. Of course, my aunt said no. She made the right decision, but that did not make walking through those last few days any easier. 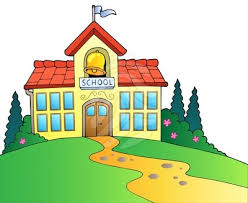 He passed away a few days after the accident, never regaining consciousness and never feeling any pain. During that time, many, many people showed up both at the hospital and at my aunt’s house. Her support group was tremendous. My uncle was an educator for over 40 years, and it was so heart warming to hear how much his former teachers, students, and their parents thought of him. Former students even spoke warmly of him during the rare times he had to administer discipline. Sisters and sisters-in-law made us all laugh telling of his escapades during his lifetime. A few years ago, my aunt and uncle celebrated their fiftieth wedding anniversary. They met and married within 6 weeks and truly lived happily ever after.

I am sure that it was a deep disappointment to them that they were unable to have children. They never spoke of it. However, when I was an adult, my aunt told me once that when they realized that they could not have children, they made up their minds that they would be happy with what they did have. They are both from large families, and she said that all of the nieces and nephews were always very special to them. And we really were! They had a way of making each one of us feel special…and they passed it on to the next generation. My son is crazy about them, and they always made him feel very special. 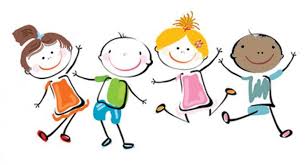 As a career educator who spent the greatest part of his career as a principal and headmaster, my uncle was in charge of lots of kids on a daily basis. At the funeral, the minister said that when folks would ask him if he had kids, he would always say, “Yes, hundreds and hundreds!” Their lives were truly a testimony to contentment. 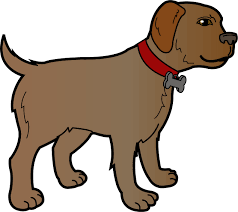 My aunt and uncle love animals, and they always had pets. They loved their pets and they truly became family members. Often he would even make crosses to put on the graves of those pets who passed away. When a school child once asked my uncle if he had kids and he replied no, the child said, “Then what are those graves in the back yard?” OK, I’ve gone on much too long and haven’t even updated you on everything else yet. I will say one more thing before moving on to the fall table. This detail is quite important. My mother (above) and my uncle were twins. In addition to the pain of losing a sibling and her last living brother, she has lost, as she told me, “half of myself.” They really did have that special twin bond and were very close. Four days after his funeral, my mother was 85. That birthday…her first alone…was bitter sweet. He was always the first one to call her. Her sadness is unfathomable and her pain deep. Both my mother’s brothers are now communing with Jesus and have no more pain and suffering. I guess the photo from the fiftieth wedding anniversary is the last posed one he was able to take with all 4 of his sisters. Knowing that he is free from pain and spending eternity in his heavenly home is comforting. But that does not stop us from grieving and missing him.

OK, back to the topic…fall table! My sister was cleaning out some closets and gave me some things for my next yard sale. I found a brand new, still in the package fall table runner in her stuff and claimed it! I layered it on the white tablecloth with brown open weave topper that I use every fall. Aren’t the colors great!

I started with my square Wal Mart plates. Love these! On top are my vintage Fire King laurel leaf plates in peach lustre. These little plates are perfect for fall tables.

My favorite vintage plates for this time of year have got to be my Salem china fruit plates. These were some of the first tablescaping purchases I made and I still love them.

These plates were made with other fruits on them as will, but I only have apple and pear. I have occasionally seen some of the others on eBay, but so far I have not wanted to pay the high price. I keep hoping I’ll run up on them much more cheaply at a yard sale or something.

Glasses? Dollar Tree, of course! I did look at this year’s fall leaf pattern in Dollar Tree recently, but they just didn’t jump out at me.

I decided on my multi color napkins in autumn hues with the acorn napkin rings.

Flatware? Dollar General again! Even though this green flatware was sold with the summer merchandise, I think this color is great in the fall also.

My centerpiece and table accessories are simple fall decorations. My black candle stand and fall pillar candle are from last year. The fall candle ring is new to me. My mother-in-law gave it to me when she closed their antique mall booth. I love it and think it’s perfect with fall candle.

Another gift that she gave me at the same time was this wonderful wrought iron plate holder. Truthfully, it is a little large for this table. Previously, I had it on the buffet…the perfect size for it. I just wanted you to see it. I really like it and even though I don’t think I will use it that much, I will enjoy it when I do. Today, I used Pioneer Woman amber plates topped with Wal Mart Better Homes and gardens fall plates.

The last accessory also came from my mother-in-law. I guess you can tell that I like the rustic look! Both the metal pumpkin holder and the taper are made to have the vintage look, old and rusty.

I love my fall table and hope you do also! Have a happy fall, ya’ll!

I am joining: A Stroll Thru Life for Tabletop Tuesday, Home and Garden Thursday at A Delightsome Life , Tablescape Tuesday at Every Day Living,   From the Farm at The Homesteading Hippy, Between Naps on the Porch for Tablescape Thursday,   Cozy Little House for Tweak it Tuesday,   The Charm of Home for Home Sweet Home, Cuisine Kathleen for Let’s Dish, Treasure Hunt Thursday at From My Front Porch to Yours,  Homemaking Party at Hope in Every Season,   The Tablescaper for Seasonal Sunday, What’s It Wednesday at Ivy and Elephants;  Feathered Nest Friday at French Country Cottage, Pink Saturday at How Sweet the Sound, You’re Gonna Love It Tuesdays at Kathe with an E, Mop it Up Monday at I Should Be Mopping the Floor , Wow Us Wednesdays at Savvy Southern Style , Make it Pretty Monday, Anything Blue Friday at The Dedicated House,  Create It Thursday at Lamberts Lately,   Flaunt it Friday at Chic on a Shoestring,  Tuesday’s Treasures at Uncommon Suburbia,  Return to Loveliness at A Delightsome Life, Centerpiece Wednesday at The Style Sisters, The Scoop at The Stone Gable, Thursday Favorite Things at Katherine’s Corner , Sizzle into Summer at DIY by Design, Tips and Tricks at Stringtown Home

I am a retired teacher who has only recently taken up tablescaping and blogging. For more information, see my About Bev link.
View all posts by Bev →
This entry was posted in Fall, Family and tagged Better Homes & Gardens, brown and neutrals, Dollar General, Dollar Tree, Fire King, green, Salem China, square, vintage dishes, Wal Mart, wine glass charms. Bookmark the permalink.