Black and White and Bargains

Last weekend David and I decided to go to an estate sale in a nearby town. Lately it seems like most of the estate sales that we frequent are priced way too high. As a matter of fact, most of them seem to be not only priced to high for resale, but also often priced too high to even buy for yourself. But we decided to go anyway. 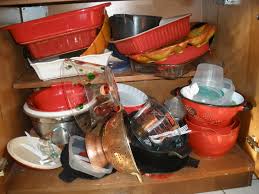 The sale was not extremely organized. It looked like they had just put prices on things wherever they were; no effort had been made to group like things together or display anything attractively. In the kitchen, the dishes had not even been taken out of the cabinet. There was a price put on each cabinet, so I purchased all 3 cabinets. I was glad I did because dishes that belonged in sets were spread out in every cabinet. I even found plates that matched one of the sets in the dish drainer (I found out from a lady who came through the sale that she was the kind neighbor who had washed them and put them there before the man died) and I had to purchase the dish drainer full of dishes in order to complete the set.

But it was all still a good price, and I got some nice things. None of the sets of dishes that I somehow managed to put together from the 3 cabinets and sink are complete. Of course there is no way to know, but I still think that I can make a profit even after discounting for incomplete sets. I love this set. It is called Cade’s Cove (a place we love in the Great Smoky Mountains) and the theme is apples. This is the most complete set that I have; it only lacks one dinner plate being an 8-place setting of dinner plates, salad plates, bowls, and cups & saucers.

This set is from the seventies and by Noritake. It is a stoneware pattern called Bay Roc, a very dark blue that looks almost black with an abstract blue and green design. This set is also almost complete plus it has a small serving dish and a sugar bowl. When I looked it up on Replacements, there was not even a photo of the dinner plate, pretty unusual for Replacements. I’m hoping that means that this set is rare. It was discontinued in 1978; I never even knew that Noritake made stoneware.

This was probably the lady’s formal china. It is called Florateen Fantasia. I love the delicate pink and blue flowers in it. This is one of those sets that I would be tempted to keep; however, there are only 2 salad plates with the set and it has several coffee cups and saucers, which I don’t use.

Despite the fact that I don’t have room for it, I will keep it if it doesn’t sell and try to find the room. But I need to make the money back that I spent and will try to sell it first.

This pattern is also Noritake; it is called Ivy Lane and was discontinued in 1998. According to Replacements, it is the most monetarily valuable of all that I purchased. Herein lies another reason that I did not like the way the sale was (dis)organized. There were some more pieces of this china scattered around that I did not get because they were not placed in the places that I had paid for. I also got to this pattern last (it took us a long time to pack up all of these dishes), and when I realized that I had some pieces of it, the other pieces that I had seen earlier had been purchased. I only have 2 dinner plates, 3 cups, and 2 bowls. I will try to sell them for less than what 1 plate costs on Replacements ($27.99). I am hoping that someone who has this pattern knows how expensive it is and will jump on the opportunity to add to their collection.

I also purchased a set of Gibson dishes which I did not photograph (this pic is from Replacements). I already put that set at the booth along with almost all of the individual items which were in the cabinets, such as mugs, bowls, and a large variety of dishware. I worked at the flea market yesterday and have already sold a set of stainless (yes, it was in one of the cabinets) and a vintage ironstone butter dish. Although business at the flea market has been pretty slow, we are beginning to get folks who are hunting for inexpensive items for their kids’ college apartments…which is why the lady bought the stainless.

After the estate sale, we went on to a nearby city to do some shopping and eat a late lunch. At Hobby Lobby, I went to the clearance aisle and found these wonderful black and white plates…4 of them, no chips, for 90 percent off. Yes, you read that right; I purchased 4 plates for $1.80 each that were originally marked $17.99. These plates are the basis of today’s tablescape.

I decided to stick to the black and white theme today, but I have several pictures in my mind of using these plates with some different colors. I decided to top the dinner plate with my black salad plates…love the way the pattern on the dinner plate framed the solid black plate. I topped the salad plate with a white napkin in the fan fold held by a clear napkin ring.

Of course, San Remo flatware was the best choice for this table.

I used my everyday wine glasses and my grandmother’s Depression glass sherbet dishes to complete the table.

I did not have a hard time deciding on a centerpiece. I used my black platter and topped it with my vintage Fenton silver crest candy dish.

I love my simple black and white table and am so excited about my bargain plates!

I had some medical appointments last week and more coming this week. I am embarrassed to admit that I have been somewhat remiss about my regular physicals–other than the yearly mammogram– (except they are now called “wellness checks”) since I retired. As a ten-year-plus cancer survivor, I know better.

Anyway, I am doing it now…I’ve had all the regular stuff done, and it’s all good.

I do have a few issues now that I need to take care of, and I am working on that. If I don’t post much in the next week or two, it is because I am working on getting all of these things done. This week I worked 2 days at the paper, 1 day at the flea market, and spent an entire day out of town at medical appointments. Basically that only left me today to run all of my errands, do housework, and take some things to the flea market. Plus it had been over a week between blog posts, and I don’t like to go that long without posting. So now I am finishing up my post and will be getting back to the laundry. Believe me, retirement is not all relaxation and doing nothing! However, it is still great and very worth while…I recommend it to everyone! Have a great weekend.

I am joining: A Stroll Thru Life for Tabletop Tuesday, Home and Garden Thursday at A Delightsome Life , Vintage Thingie Thursday at Colorado Lady,   From the Farm at The Homesteading Hippy, Between Naps on the Porch for Tablescape Thursday, Metamorphosis Monday, Masterpiece Monday at Boogieboard Cottage ,  Cozy Little House for Tweak it Tuesday,  Under the Table and Dreaming for Sunday Showcase ,  The Charm of Home for Home Sweet Home, Brown Gingham Creations for Rednesday,  Cuisine Kathleen for Let’s Dish, Treasure Hunt Thursday at From My Front Porch to Yours,  Cottage Style at Lavender Garden, Homemaking Paty at Hope in Every Season,   The Tablescaper for Seasonal Sunday, What’s It Wednesday at Ivy and Elephants; Weekend Bloggy Reading at Serenity Now, Meet Me Monday at You Are Talking Too Much,  Spotlight Saturday at Classy Clutter, Feathered Nest Friday at French Country Cottage, Pink Saturday at How Sweet the Sound, You’re Gonna Love It Tuesdays at Kathe with an E, Mop it Up Monday at I Should Be Mopping the Floor , Wow Us Wednesdays at Savvy Southern Style ,  Make it Pretty Monday, Anything Blue Friday at The Dedicated House,  Create It Thursday at Lamberts Lately,   Flaunt it Friday at Chic on a Shoestring,  Tuesday’s Treasures at Uncommon Suburbia,  Return to Loveliness at A Delightsome Life, Centerpiece Wednesday at The Style Sisters, Time Travel Thursday at The Brambleberry Cottage , The Scoop at The Stone Gable, Thursday Favorite Things at Katherine’s Corner , Sizzle into Summer at DIY by Design

I am a retired teacher who has only recently taken up tablescaping and blogging. For more information, see my About Bev link.
View all posts by Bev →
This entry was posted in Family, Summer, Tablescapes and tagged bargain, black, Depression glass, Fenton, Hobby Lobby, milk glass, Noritake, San Remo, saving money, vintage dishes, white, yard sale. Bookmark the permalink.

8 Responses to Black and White and Bargains